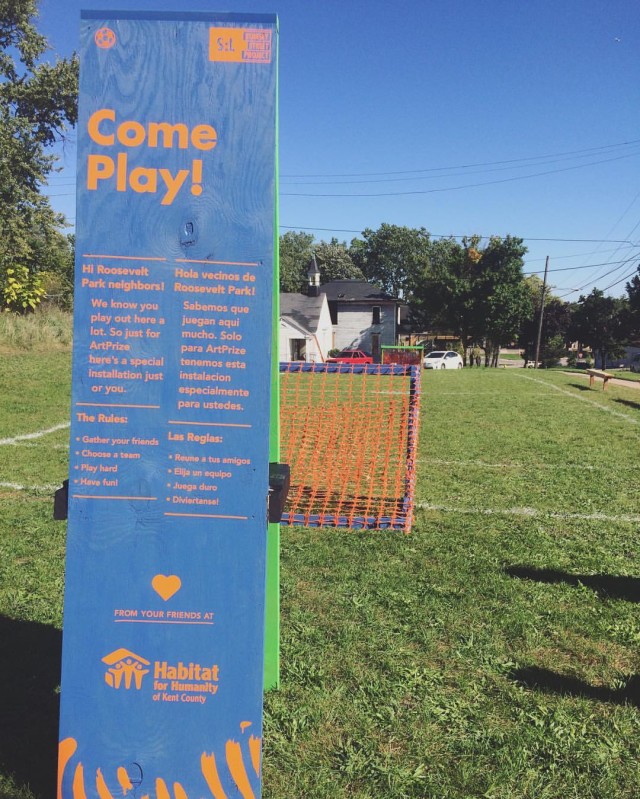 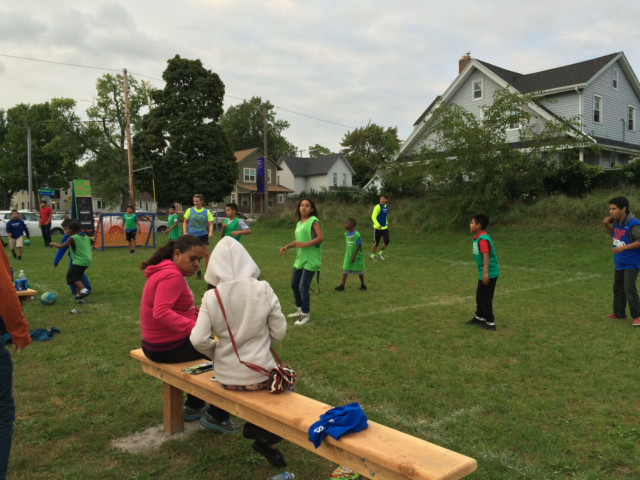 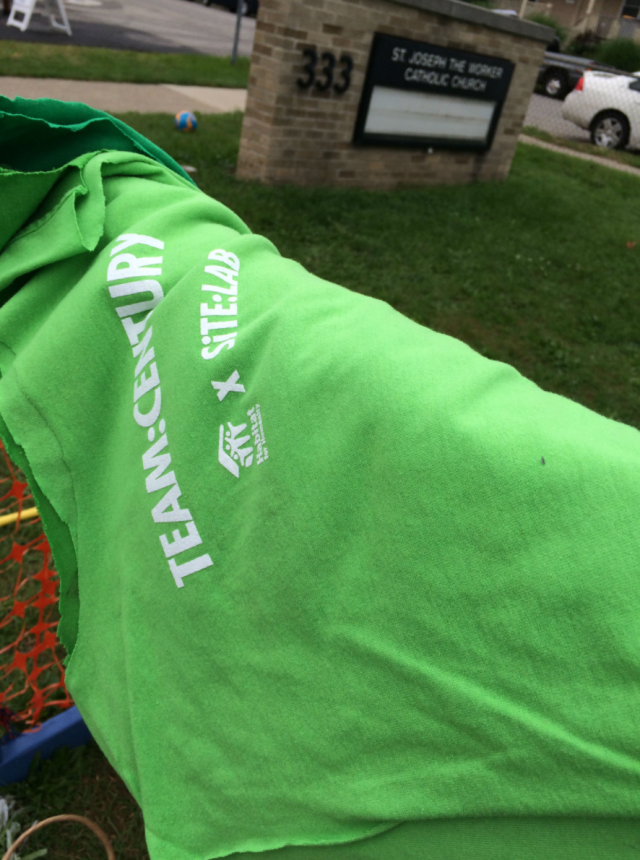 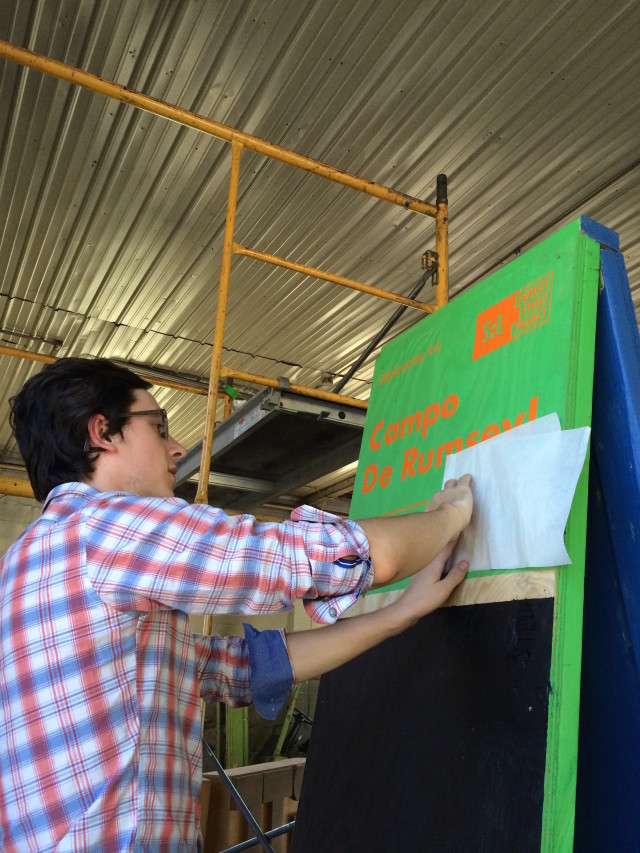 On 19, Dec 2016 | No Comments | In Classes Design Thinking: Strategies & Tactics | By Collaborative Design

Students in the Fall 2016 Design Thinking course had the opportunity to help Habitat for Humanity of Kent County and SiTE:LAB turn an empty lot into a catalyst for community engagement during ArtPrize Eight, Campo de Rumsey.

The students were invited to create a design project that would communicate Habitat for Humanity’s involvement in the part of Grand Rapids’ Roosevelt Park neighborhood that SiTE:LAB has transformed into a versatile exhibition and event space over the last two years.

After researching how the two organizations interface with each other and the surrounding community, the students proposed the creation of a community soccer field that would draw local residents into the SiTE:LAB/Habitat for Humanity area of the neighborhood.

The use of the space was monitored and documented over the course of ArtPrize Eight, and the class proposed for the soccer field to be maintained after the event to encourage more green space in development projects.